Martin Luther King Jr. preached at First Baptist Church of Denver on April 16th, 1962. At that time he was an American Baptist minister and activist who eventually became the most visible spokesperson and leader in the civil rights movement. Born in Atlanta, King is best known for advancing civil rights through nonviolence and civil disobedience, tactics his Christian beliefs and the nonviolent activism of Mahatma Gandhi helped inspire. 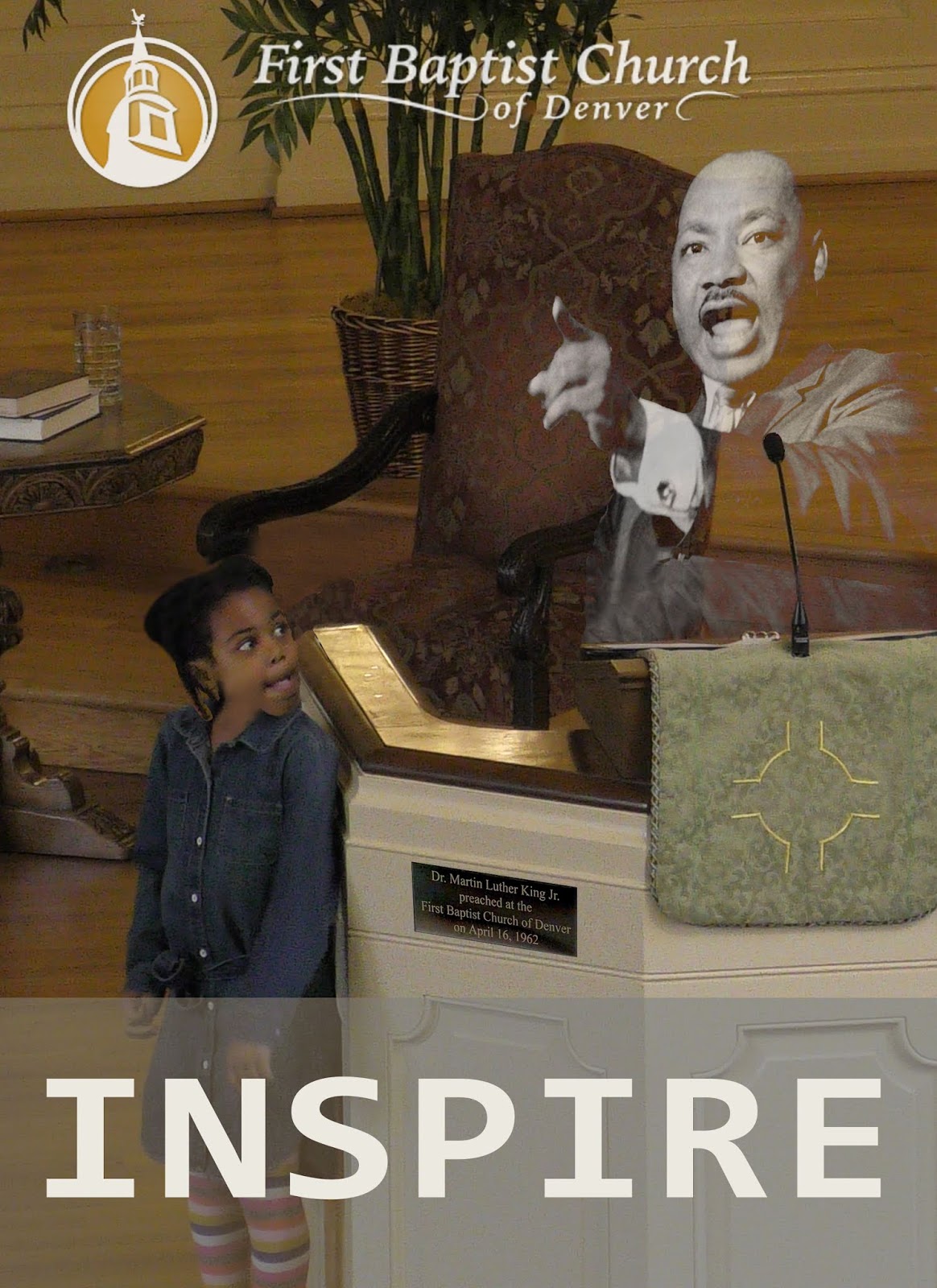 First Baptist Church of Denver is a Christlike congregation that serves with compassion, celebrates diversity and empowers personal faith.
Posted by Rethink Baptist at 9:30 AM